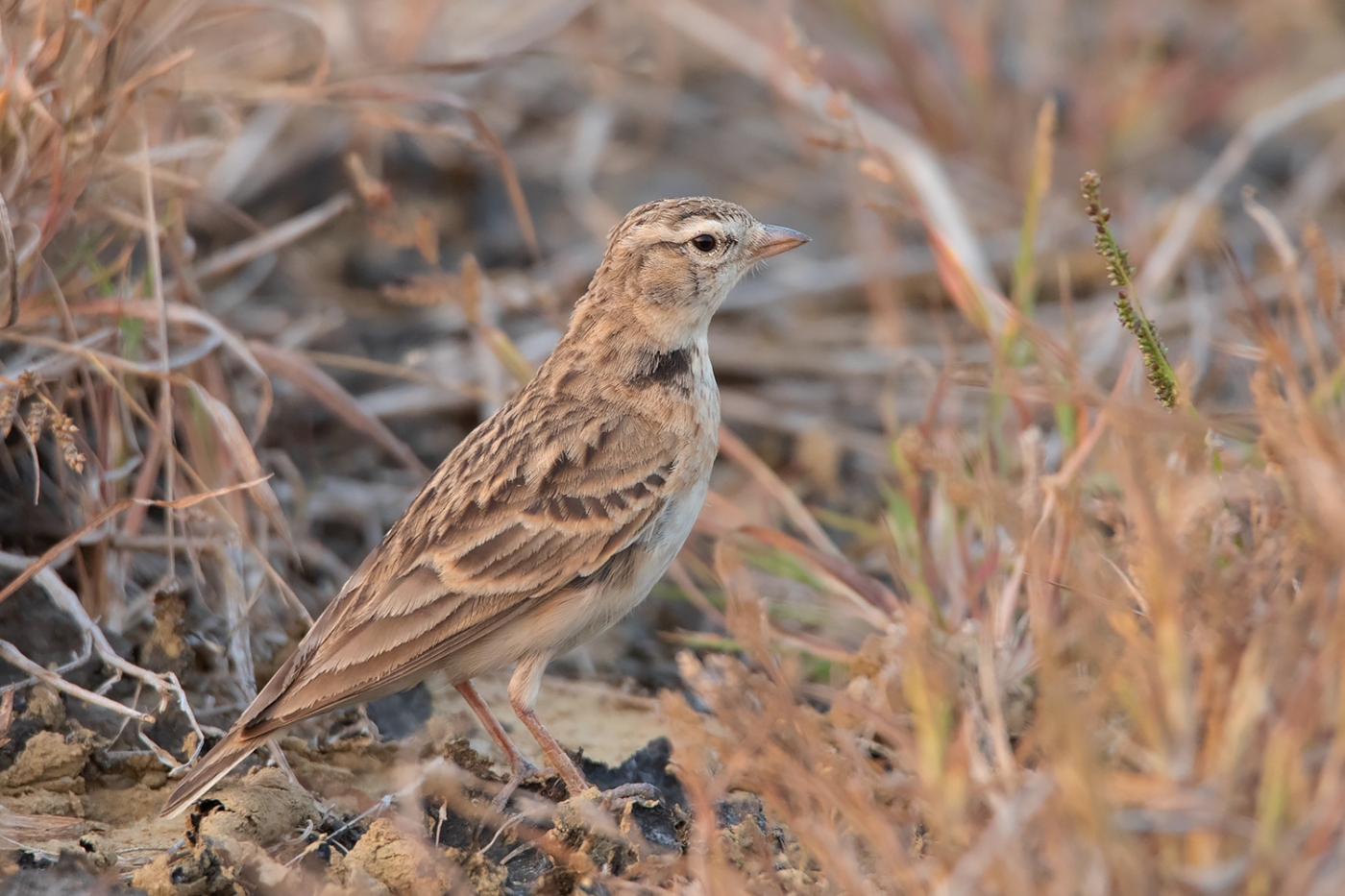 Between January-March 2021, I had the opportunity to observe a flock of up to 10 Sykes’s Short-toed Larks (Calandrella dukhunensis) that came to roost at Mae Faek along with the pipits every evening. This migratory lark is normally a very rare winter migrant, but I’ve observed an influx of this species both in the winter of 2019/2020 and 2020/2021. In the winter of 2019/2020, a flock of at least 8 birds was observed to be staying at Mae Ai paddies in Chiang Mai, and a flock of up to 13 birds was observed at Ban Paen paddies in Lamphun.

In 2021, I first found at least 3 birds at Mae Faek when I discovered the roosting site on 25 January. On 27 January, I observed 10 birds flying altogether before dropping into the grass to roost. The birds were regularly seen throughout February, and were last seen on 21 March, when only 2 birds were observed while coming to the roost.

Being able to observe these birds for nearly 2 months allowed me to get tons of photos of them. I am still puzzled by their plumage variation. Some of them looked almost as if they could be different species, but I can’t seem to see what else could they be. The plumage varied from very plain-looking to very well streaked, and from very warm rufous-buff to cold greyish-brown. However, the bill shape is quite consistent among all birds, being short and thick, so none of them looked good for Greater Short-toed Lark or Hume’s Lark.

From these photos, it might seem to you that these birds were easily seen and photographed. In real life, it was a daily challenge for me to find them. Even though they can be easily noticed while in flight because of the flight call, once they drop into the grass, it can be very challenging to locate them on the ground. I usually drove around and searched for them among the grass, as they were much less wary of a car than a walking person. Most of my first attempts in trying to find them on the ground resulted in me flushing them off from right next to the wheels before I could notice them.

I have no idea about what causes the influx of this species in Thailand like what we have seen in the recent two winters. It could be the changing climate pattern which altered the migration route, the population expansion, or just simply the increase of birders around Thailand. It will be very interesting to see if we’ll continue to see the same trend happening in the upcoming winter. I would love to have them back in my local patch again when the season arrives.