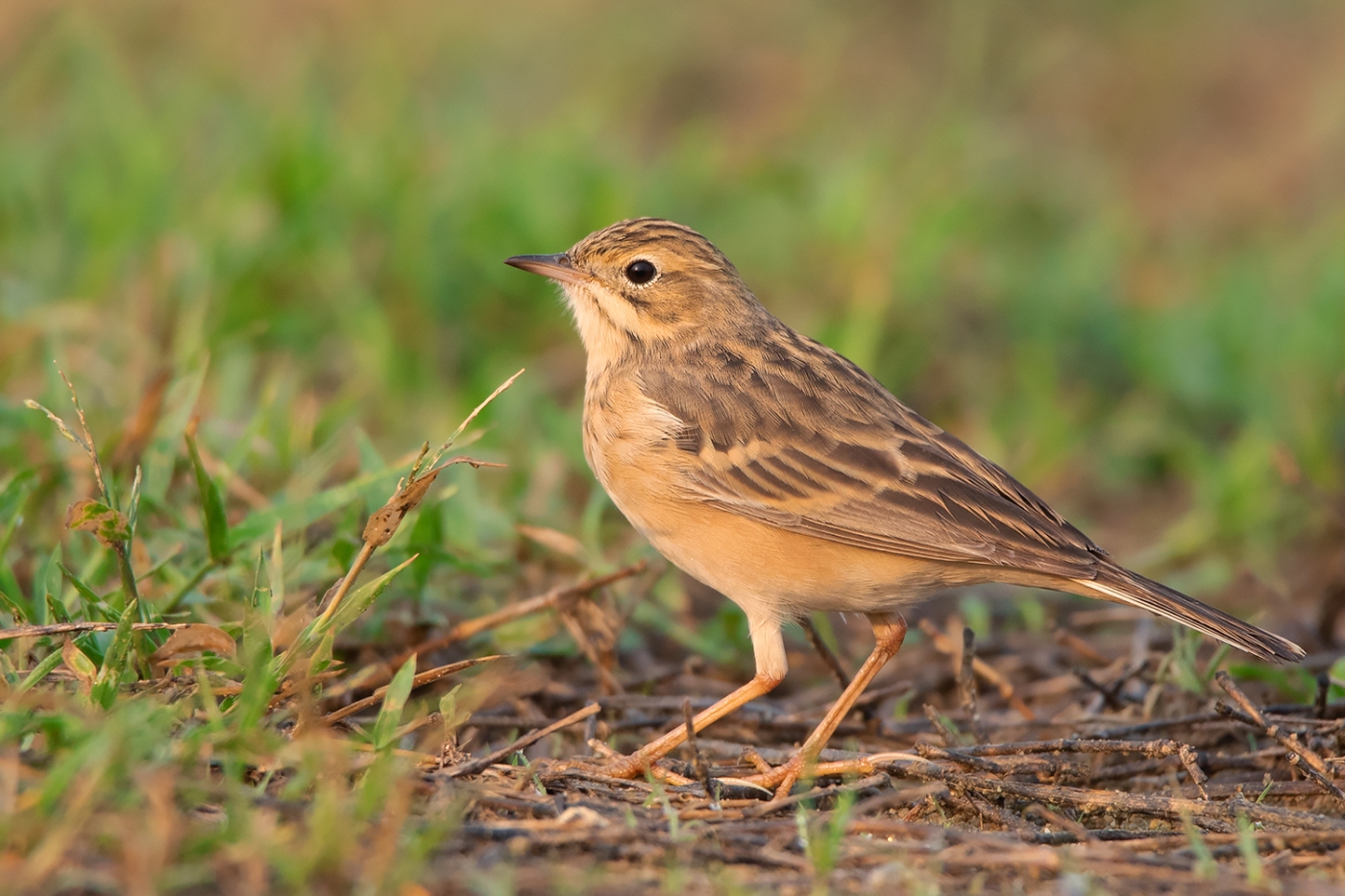 Blyth’s Pipit (Anthus godlewskii) is the rarest large pipit in Thailand, and probably the trickiest one to identify among the 3 similar species. It was first recorded in Thailand at Khao Yai National Park by a visiting birder, then followed by a single bird found in Samut Prakan on 29 October 2014, and a bird which I found at Khao Dinsor, Chumphon on 5 October 2016. To my surprise, I found 2 more individuals at the Mae Faek pipit roost in 2021. These two birds offered me the opportunity to observe and photograph them closely throughout the season. In this post, we’ll discuss about the identification of this rare and cryptic species.

Apart from the different plumage and structure, I also find the movements of Blyth’s Pipit while feeding to be slightly different from both Richard’s and Paddyfield Pipit; being more horizontal, squatting and stealthy. It usually forages in short grass, looking for food items hidden under the grass. I’ve observed it while hunting on various kinds of worms, dragonflies and spiders.

Flight call is also very useful for the identification. Similar to other species, Blyth’s Pipits often call when flushed, although from my experience with these two birds, they don’t call very often and usually call only once immediately after taking flight. To my ears, the typical flight call sounds much softer than in Richard’s Pipit but not as wheezy as in Paddyfield Pipit. The flight of Blyth’s Pipit call can be listened here https://www.xeno-canto.org/369049.

As winter has come to an end, most migrants are already gone from the roosting site, including most of the Richard’s Pipits. I’m surprised to find that the first Blyth’s Pipit which I found on 17 March 2021 is still hanging around even today (30 April). The second individual was only seen for 2 consecutive days (19 & 20 April), so it was clearly just passing through on its way back to the breeding ground. I wonder when will the first bird make its departure. Hopefully, I’ll get to see both of them in the next winter too.